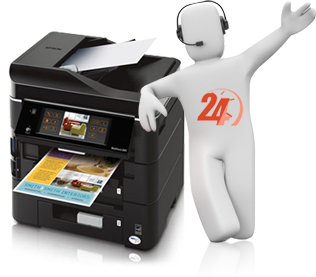 The Best Laser Printers
As inkjet printers have become more capable in recent years, the differences between them and lasers have narrowed. But laser printers still generally offer better text quality, the ability to print in greater volume, greater paper capacity, lower running costs, and higher speeds than inkjets. Relatively high prices and mediocre photo quality have traditionally relegated laser printers to office settings, but that picture is changing. Prices have come down—though, by and large, they remain more expensive than inkjets—and photo output has improved.

A monochrome laser printer can provide the speed, durability, and paper handling to deal with the high printing volume of a busy office. And inexpensive monochrome lasers with modest paper handling can serve as personal desktop printers in any size office. Many current color lasers print photos are fine for many business uses, such as client newsletters. In higher-quality lasers, overall output quality for text, graphics, and photos is typically good enough for brochures and other marketing materials, allowing many companies to take such printing in-house.

While the vast majority of new inkjets (except photo printers) are multifunction printers (MFPs), with lasers, there’s an abundance of both single-function printers and MFPs available. MFPs provide copying and scanning in addition to printing, and often fax capabilities as well. Most laser printers or MFPs include Ethernet connectivity, and some integrate Wi-Fi. There’s also Wi-Fi Direct or its equivalent, for establishing a direct peer-to-peer connection between computer and printer so you don’t need to connect to a network, and near-field communications (NFC) touch-to-print, which lets you print from a mobile device by simply tapping it on a specific spot on the printer. 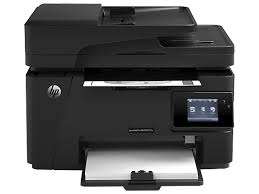 Many lasers include a touch-screen interface, secure (password-protected) printing, a built-in hard drive, and/or the ability to perform a range of functions over a network. Most have an automatic duplexer for printing on both sides of a sheet of paper, and nearly all have both a flatbed for scanning and an automatic document feeder (ADF) for scanning, copying, or faxing multipage documents unattended. Many higher-end MFPs now offer ADFs for automatically scanning two-sided pages, either reversing ADFs (RADFs), which scan one side of the page, flip the page over, and scan the other side, or duplex scanners, which are ADFs that scan both sides of the page in a single pass, and are thus considerably faster.

LED printers—which use light-emitting diodes instead of lasers as a light source—share many of the characteristics of laser printers, and are considered laser-class devices. They are somewhat smaller than laser printers that share the same capabilities, so they’re particularly suitable for smaller offices where space may be at a premium.